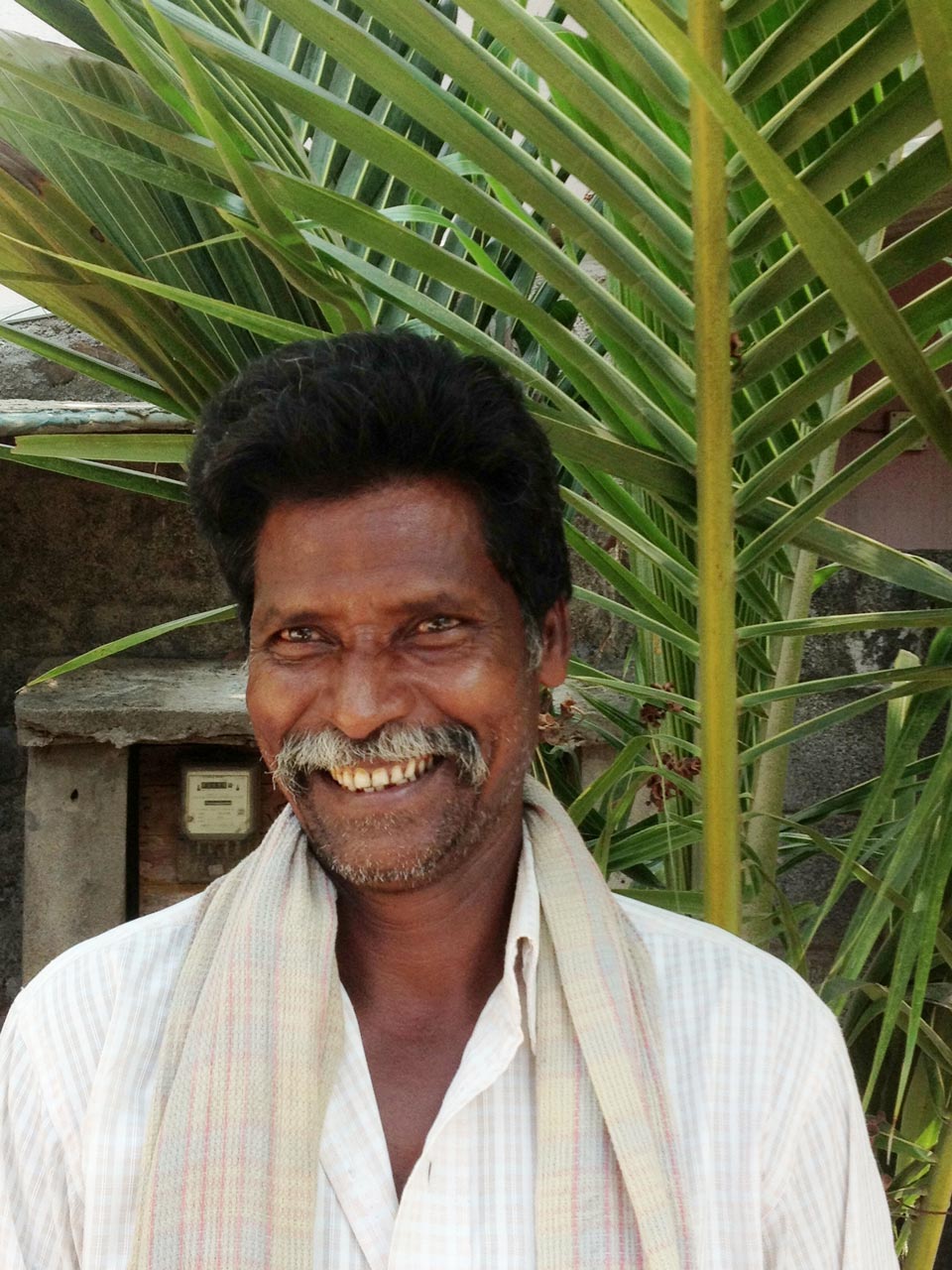 Babu can seem stern at first, but he is the one you will catch bringing food for the puppies born out behind the factory… He has a big heart and a strong will – it’s also him you’ll find on top of the roof attatching panels at midday in the steaming, burning heat. Bubu was one of our first employees – and also the recipient of one of our earliest houses. A little later, he donated the land between his rice field and his house to have a church built. (Which we donated and the team built, the only one so far!) 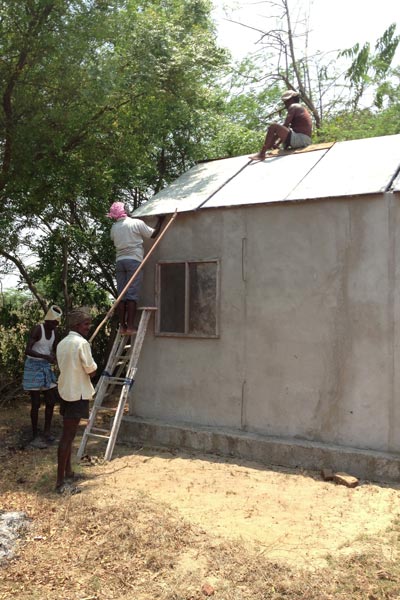 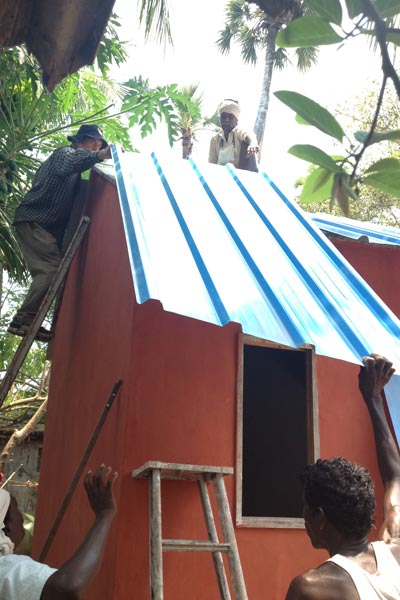 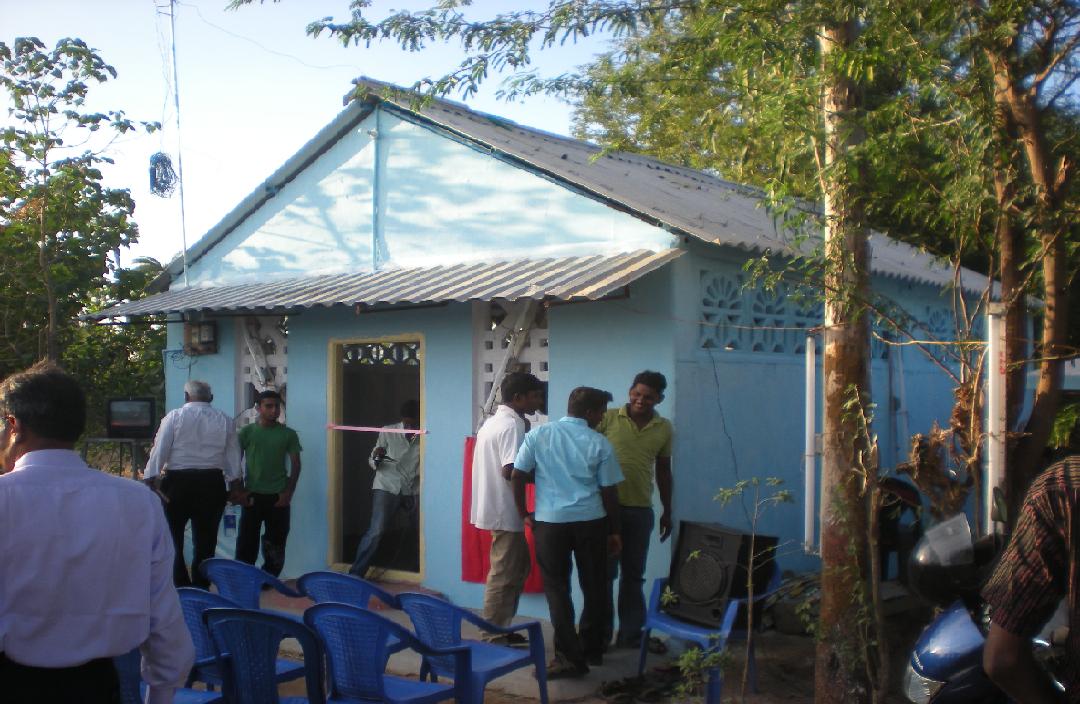 Opening Day at the little Church in Annicut, built on Babu’s land. 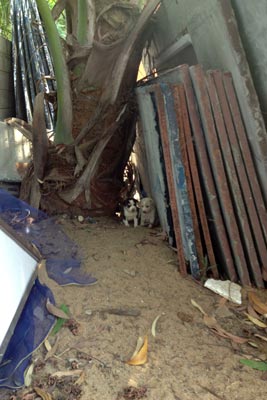 A local dog often chooses to have and hide her puppies at the factory.