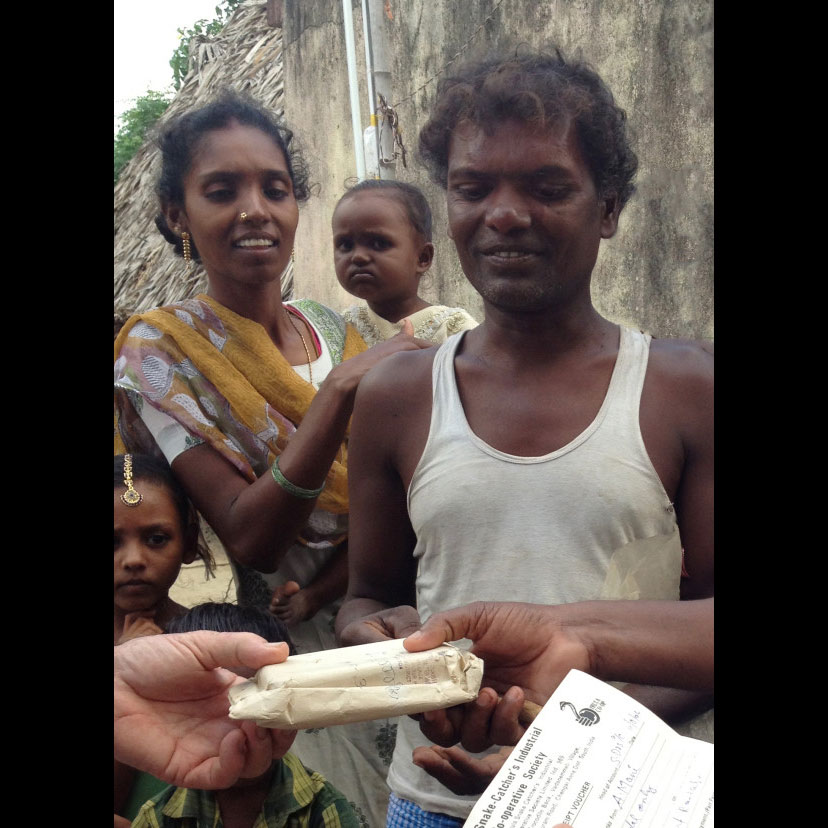 A local friend told me about the Irular people, shaking his head and screwing up his nose, saying conspiratorially, “they eat rats”.  The men of the villages are called in to catch snakes and also rats that are destroying rice crops. They are allowed to take the rice that the rats have burried and are looked down upon because they eat this rice and rat meat.

This is an Irular man I met who was leaving the village the following morning to go and catch a snake. He is showing us the ancient looking anti-venom that was rationed to him by the local government. He also showed us a root that he would chew.

Because these traditional tribal people are considered so low (they are perhaps even considered to be outside of, and therefore below the lowest of the castes…) they are venerable to a form of modern day slavery called bonded labour read more about it here.